Whatever you listen to this month, tell me.

It’s that time again! New month, new music. Well, some of it’s old. Check it out –

You know I’m obsessed with this girl all over again.

Bought a ticket to her show and I can’t freaking wait.

One of the most intriguing live performers I’ve ever seen.

This guy co-produced a Grammy-nominated album while enrolled in high school.

Send me your recommendations and watch this grow!

If you haven’t heard yet, The Weeknd just dropped a new EP titled My Dear Melancholy,.

With a total of six tracks, this EP gives a credited feature to just one other artist, Gesafelstein. The entire project came as a surprise for most, after Abel Tesfaye (The Weeknd’s government name for those of you unfamiliar and uncultured) tweeted a cryptic screenshot and released the album just today.

I have to say, I am in love with this project. The Weeknd’s 2012 release, Trilogy, is the first work from the artist that grabbed my attention and My Dear Melancholy is giving me serious Trilogy vibes. 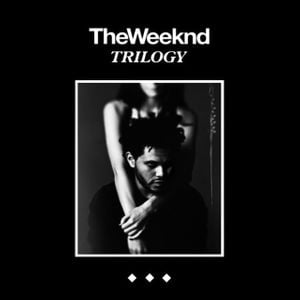 Trilogy was essentially three full albums released under one name that painted a picture of Abel as this moody mysterious bad boy. Kind of like that guy in high school that you know is nothing but trouble and couldn’t pass a drug test to save his life, but you’re like, into it? So needless to say, after Trilogy, I was a fan.

My Dear Melancholy, is bringing back some of those same vibes for me – sad, moody, sultry, but a little bit more grown up. If you consider French EDM artist Gesafelstein a “grown up” sound? Does that make sense?

I’ve seen a lot of people say that they’re confused by this random release of just six songs. But I don’t know why! When you’ve got good stuff and more good stuff coming, why sit on it if you don’t have to? Could this be a sign or small transition back to more Trilogy-like vibes and a step away from the pop that was Starboy? I can only hope! (Don’t get me wrong, I loved Starboy, but like..Trilogy).

My Dear Melancholy, is only 20 minutes long. So throw it on as you’re fighting traffic and let me know what you think! If you haven’t listened to Trilogy before, do so. If you love it, great! Let’s gush over it together. If you hate it, bye.

I can’t get enough of the saddest girl in Sweden.

After the release of her first full length album, Queen of the Clouds, Tove Lo quickly got our attention. Queen of the Clouds opened at #14 on the U.S. Billboard 200 in October of 2014. With songs that took over the radio like, Talking Body and Habits (Stay High), she had everyone’s attention. But her second album, Lady Wood,  technically did do better (Opening at #11 on Billboard 200) BUT WHY DID NO ONE TALK ABOUT IT?! I mean, maybe someone somewhere did, but I feel like this album was seriously underrated. It is full of challenging and liberating perspectives.

I have said again and again that there are so many unhealthy views of sex in this world (I mean, duh. I think we all know that). But one specifically I struggle with, is this idea that women cannot be sexual beings. That it’s up to men to be “in the mood” and that they’re the ones with the strong uncontrollable desires (I couldn’t be rolling my eyes harder).

In case you weren’t aware, women get horny too* and what I LOVE about Tove Lo’s music, is that she’s not afraid to express this. Now, sure, we have plenty of female pop singers singing about dirty things. But what I appreciate about Tove Lo specifically and what I believe to be different about her, is that she’s singing about self liberation**, self expression, and she’s not afraid to point out the hypocrisy we have in pop culture today regarding sex. Specifically in her song Cool Girl, where she mocks the idea of it being so cool to have no feelings involved and the opportunity to leave at any second. Or Don’t Talk About It, where she talks about how we purposefully blind ourselves with money, drugs, or relationships.

Now listen, the girl’s not perfect and she’s gotta sell records. So of course not every song is going to be a strong feminist anthem. But it is a strong theme I’ve found in most of her music. I just don’t think this girl is getting the attention she deserves. I mean, Blue Lips (her Lady Wood follow up) was released at #138 on the Billboard 200 chart. BUT WHY?! Give it a chance ya’ll! Listen to it and let me know what you think. Also read my lil disclaimers.

**Another little disclaimer here. Self liberation in my opinion looks like a lot of things. But in this context, I’m talking separating yourself from society’s ideas of sex and what’s cool and what’s not.

Hi! I’m Allison.
I’m an opinionated 24 year old vegan living in Nashville with my husband and our rescue pup, Atti. Passionate about people, plants, and politics. Thanks for stopping by!

There was an error retrieving images from Instagram. An attempt will be remade in a few minutes.

“There’s no point in saying anything but the truth.” – Amy Winehouse